What is Clickbait? Examples of Images, Headlines & Articles

Journalists, publishers, and writers can confirm that people’s attention spans are getting shorter and shorter. Technology has evolved in a way where we are bombarded with information all day, every day, making it difficult for media outlets to distinguish themselves from the crowd.

From newspapers to news websites and news apps – there’s now more channels than ever before to receive information from, but still only 24 hours in a day. Moreover, the average human’s attention span is only six seconds, and every media outlet in the world wants to take as much of it as possible.

The media and communications industry knows that people have limited attention spans, which thus paved the way for the idea of clickbait to develop. 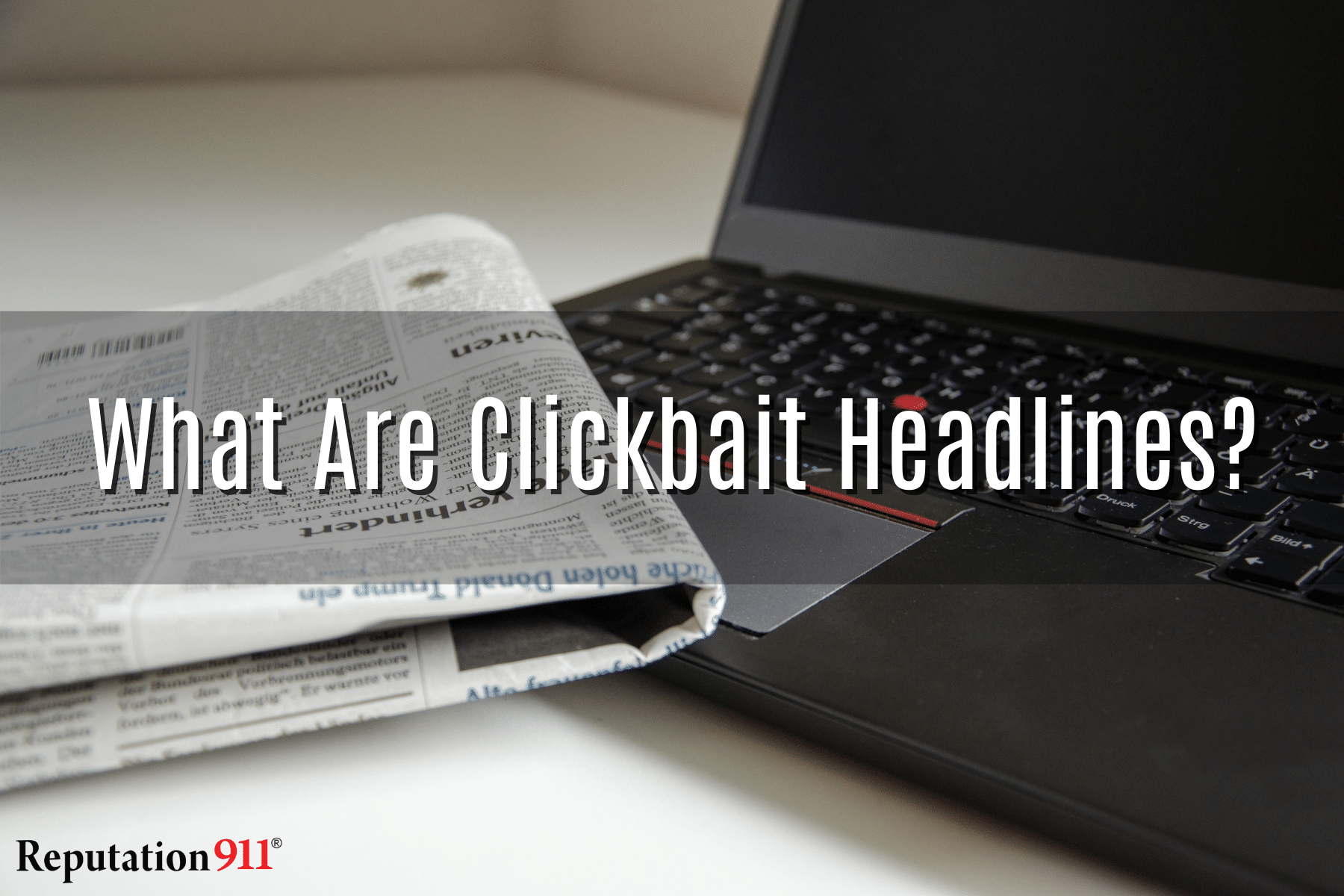 What does “Clickbait” mean?

Clickbait is a term used to describe catchy or gimmicky headlines that draw your attention with overly sensationalized words and phrases, or “quick fix” type promises that make you likely to click and read that specific article.

Clickbait can be dated back to the early 2000’s when the internet truly became mainstream and more people turned their attention towards online media from print media. Clickbait used to be synonymous with spam or malware, but now it is generally

Clickbait strategies for written content often involve a combination of interesting topics, catchy titles, and either shocking images or pictures of familiar people (like celebrities, for example).

The combination of these three elements help optimize the likelihood of someone clicking and reading your article, which is the goal of clickbait strategies.

Having a high number of people clicking and reading your content is ideal for increasing the amount of time spent on your site/publication and the likelihood of them checking out your other content, too.

The good news about clickbait is that with a strong enough headline and imagery, you can really write about any topic you’d like.

If you’re looking for topics that are historically used for clickbait articles, here are some ideas on what commonly gets clicked on;

If you’re writing a clickbait title, be sure not to mislead readers. Upset readers might leave agitated comments on your article and never read your work ever again, so be sure to always deliver on whatever your promise is in the title.

These images matter just as much as your headline, especially if the image is clickable and directs the reader to the article you want them to read.

Be careful, though, because you don’t want your image to look too much like a banner ad or display ad that could be on a website. Readers won’t trust you if you mislead them to click on the wrong element of a website.

Here are the clickbait pictures that perform the best:

Here’s are some classic examples of clickbait headlines: 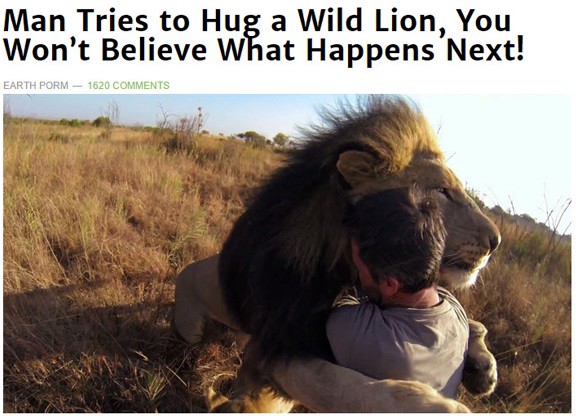 This article does a great job getting a reader’s attention because you would never expect someone to hug a wild animal, let alone a lion, and the image featured on the front is definitely shocking enough to make you want to click on it.

These banner-style headlines are still floating around the web today, but were much more prevalent in the early 2000’s. Some headlines will even include your town or city name in an attempt to hyper-localize the article to you, specifically. It’s best to avoid these types of clickbait examples because they look like spam and are likely misleading readers. 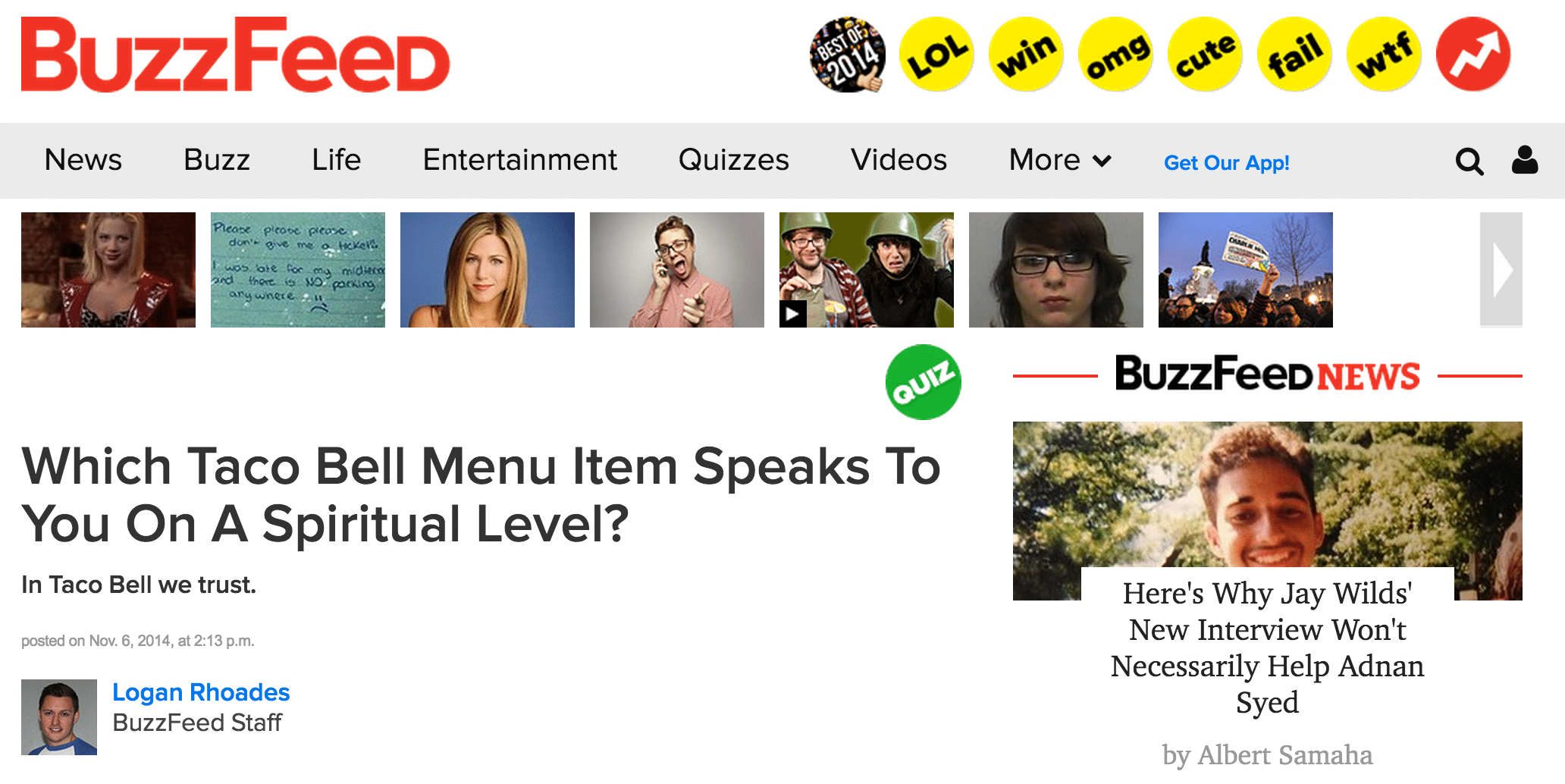 It wouldn’t be an article about clickbait if we didn’t give an honorable mention to Buzzfeed, one of the original and largest media hubs for clickbait entertainment.

Creating an article that is clickbait-y is not necessarily a bad thing. In fact, it can actually drive a lot of interest and awareness to your website through just the one article alone.

Clickbait only becomes problematic when the article is considered “thin” content, meaning it lacks depth and value to the reader, and if the article doesn’t deliver on the promise made in the title.

Clickbait is a strategy that has been used for many decades, most likely because it works well (if done right). If you’re thinking about using a clickbait strategy for your content, be sure to consider who your target audience is, what value you plan to deliver to your audience, and how you plan on maintaining their attention. 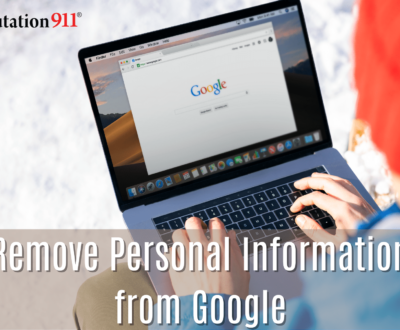 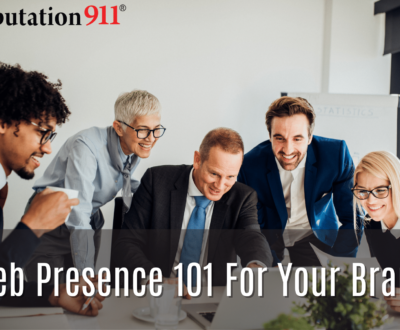 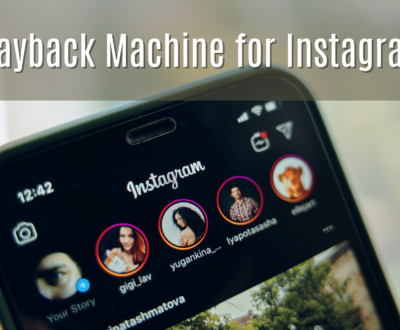