How to Remove Fake News From Your Search Results 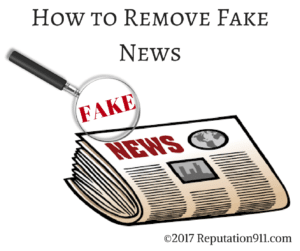 Over the past few months, the phrase “fake news” has spread all across the internet and throughout the media. Professionals and industry leaders have defined the term to include any information that is deemed:

With web content increasingly falling into the above mentioned categories, major online platforms like Facebook and Google are taking action to eliminate fake news and keep your search results filled with high quality, relevant, up-to-date, and factual information.

These fake news stories and headlines have begun to rapidly take over Facebook newsfeeds and Google search results two places many internet users have gone to and relied on in the past for their news and information. Facebook and Google have become two of the largest and most popular sites on the internet with billions of visitors and active users each day. If these two major platforms are struggling with fake news and information overload then it is likely other areas of the internet are dealing with similar issues. And since the internet has become nearly everyone’s go-to source for information, this is certainly a problem that cannot be ignored.

On the same theme as fake news, increasing numbers of fake online profiles, or “catfishes”, have also started to take the internet by storm. These profiles might include spam accounts, robots, or profiles with made up information including age and gender. Profiles with fake or misleading information can negatively affect user experience as well as hinder online safety.

The first question many individuals ask is how these fake news sites and articles are gaining so much traction and visibility. While this question is quite complicated, the simple answer is that the content blends in, appearing alongside many legitimate news pieces and articles as we scroll through social media feeds and web searches. Additionally, tricks like clickbait titles and exaggerated descriptions are causing online users to share, like, and comment on these articles without reading them all the way through or taking the time to see if they are coming from validated sources. When other users see such high numbers for shares, likes, comments, and views, they tend to believe the article must be worth viewing, reading, and sharing themselves. This creates a never ending cycle and allows these fake news sites to rank high in search results.

Producers of fake content do so for a variety of reasons. Mainly because it has continued to have such a great effect. High view counts and rankings lead to higher ad revenue and users visiting their website, leading to a greater potential for people to buy their products and view other content on their sites.

Because of these benefits found within the current system, fake news will not go away until those who create it no longer see a desired, profitable outcome.

Google is constantly working to upgrade and update its algorithms to create the best search experience for its users. One of their latest updates, “Project Owl”, has specifically targeted fake news and inappropriate search suggestions with a three-pronged approach:

Other companies and platforms are working alongside Google to bring an end to fake news and fake content online.

Facebook has begun to buckle down, banning fake news sites from its ad network. New software is also being developed to identify fake online profiles with made up information. This new software tool will be able to improve internet safety for younger users as well as help companies combat fake reviews attacking their business.

The internet is a free space for groups and individuals to express themselves, promote their brands, share information, and engage with other online users from all across the globe. However, there are always exceptions and needs for improvement to the system.

With so much information available online being created everyday, there is no perfect formula, but awareness and small steps in the right direction will go a long way. 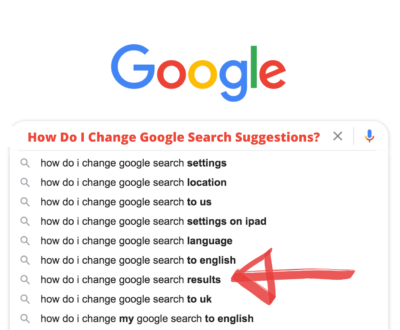 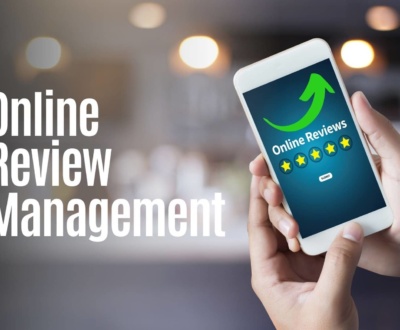 By William DiAntonio
Online reviews have the power to change a company’s status overnight. One…
Continue reading
Prev. Post
Home
Next Post
No Comments